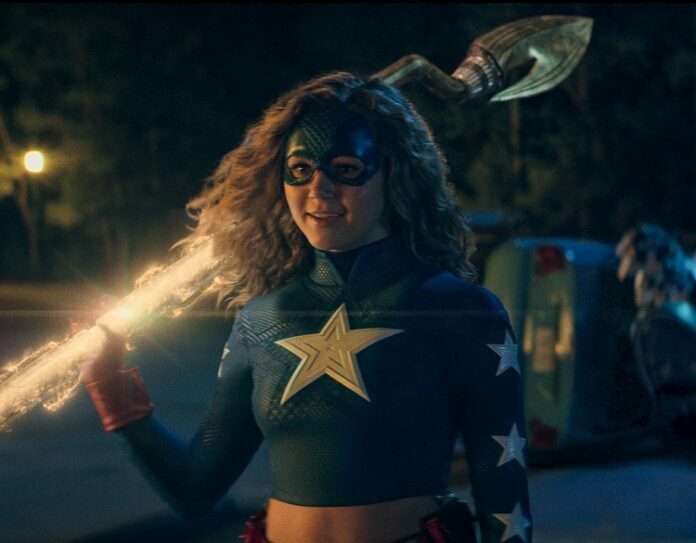 3 Ways To Protect Yourself While Walking at Night

Give Family and Friends a Thrill

With so many streaming services out there it’s hard to have access to it all, much less watch everything. So fans of the DC Universe who haven’t had access to Stargirl episodes in season one until a day after their first airings should be excited to know that the whole series will be moving to the CW for the second season. If you’re just getting on the Stargirl train, here’s a quick rundown of the series.

Based on the comic book Stars and S.T.R.I.P.E, first published in 1999, DC and the CW have made the excellent decision to keep author Geoff Johns on as one of the executive producers and showrunners. Johns also wrote the pilot episode. Lead character Courtney Whitmore is played by Brec Bassinger, an alumnus of a couple of different Nickelodeon series, including the lead in Bella and the Bulldogs. While she’s got strong name appeal for a younger audience, parents are likely to be lured in by Luke Wilson as Pat Dugan. Wilson has a history of unique roles outside mainstream Hollywood, like turns in The Royal Tenenbaums and more recently Knives Out.

Many reviewers have noted the unique feel of the series writing and its look compared to other series set in the same universe.

Stargirl follows the life of high school student Courtney Whitmore. Whitmore and her mother, Barbara, have moved to small-town Blue Valley, Nebraska from Los Angeles following Barbara’s marriage to Pat Dugan. Courtney discovers superpowers in the form of the Cosmic Staff, a staff used by Starman to fly and defend himself, among other superpowers.

Courtney finds out her stepfather Pat was the sidekick to Starman, who, along with many other Justice League heroes, was killed by the Injustice Society of America many years before. She tries to convince Pat to return to his role as sidekick S.T.R.I.P.E., to her new role as Stargirl. Meanwhile, she encourages her new school friends to join her in the fight against villainy.

Aggregate reviews on Rotten Tomatoes scores Stargirl at 89%. Critics note the relationship between Courtney and Pat is especially appealing. While it is based on a superhero comic, viewers don’t have to be familiar with the comics to appreciate the show. In fact, it has been noted that unlike other shows within the DC universe, and within comic book universes in general, there is almost no crossover so you don’t have to be familiar with a whole cast of characters to understand who they are talking about. Bassinger’s acting has been called breezy and likable. Others note that while it is action-packed, it’s still a very family-oriented show that appeals to a broad audience.

Finally, reviewers were impressed with the show’s pacing. While Stargirl is building a new team of superheroes, the show isn’t bogged down in this premise at the cost of plenty of comic book action. From the opening sequence, Stargirl acknowledges its bam, pow roots.

The new season of Stargirl will be available on the CW beginning summer of 2021. Watch the original 13 episodes streaming on the CW app, HBOMax, the CW website or watch on the CW channel to catch up before the next season begins.

The Value of Non-Surgical Treatments

LoranoCarter+Littleton: A Trailblazer in the Electric Vehicle Industry

Find Out How You Can Improve Your Site’s Rankings Using DA...

Mary Thomas - July 20, 2022 0
Are you looking to improve your website's search engine rankings? If so, then you'll want to use a DA PA checker. DA PA (Domain...